Peafowl have been on this earth for a very long time. They are one of the most beautiful birds on earth. There are many colors of peafowl today compared to let’s say 200 years ago. In the 1700’s there were mainly two breeds of peafowl, the India Blue and Java Green. There has been several colors mutated from the India Blue as well as color patterns. India Blue, as we refer to as wild type, has a barred wing pattern in the males and is dominant over the other colors. In the early 1800’s the first mutant appeared. It was known as the Black Shoulder. Black Shoulder is actually a pattern mutation, for the colors are the same as on a India Blue, but arranged in a different way on the bird.  The male bird has a solid black wing instead of barred wing. The Black Shoulder is referred to as, dark wing pattern. A decade or so later the next color appeared. This was the White peafowl. It is not an albino bird because the iris is blue not red. Around 1823 another mutation appeared, Pied, this is a pattern mutation. The bird is the color of the India Blue, but has random white markings throughout it’s body. 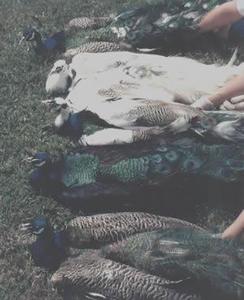 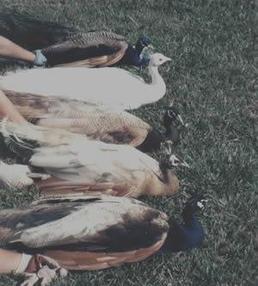 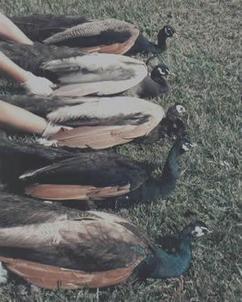 In all there are more than 185 possible varieties between the color patterns and hybrids available. As of now there are only around 100 of these that have been created. It will be interesting to see what color will show the future. I’m sure there is another one just waiting to be found. It is said a mutation occurs somewhere between 1 in 100,000 and 1 in 1,000,000 birds. Hopefully this will help people understand some of the varieties of peafowl. In reference to the dates used for the mutation appearance, these are close proximity not exact. There is still a lot of genetic work to be done in the future of breeding peafowl.